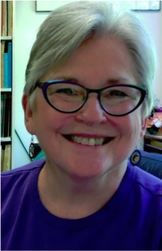 In 2016, Lewis and Clark College devised, with help from the IT Department, a way to streamline jury forms so that not a single piece of paper is used in the process from submission to completion. Susan is happy to share this information as well as information on how to share large music libraries with each other.

Susan McBerry, former Northwest Region Governor and Cascade Chapter Past-President, Coordinator of Vocal Activities at Lewis and Clark College, voice teacher, choral conductor, clinician, and adjudicator. Ms. McBerry has a passion for French song  which she has peformed regularly, and she is the "Diva" of the infamous BoZoArtZ Duo, a comedy vocal recital that has
enjoyed many outrageous appearances nationally and internationally. 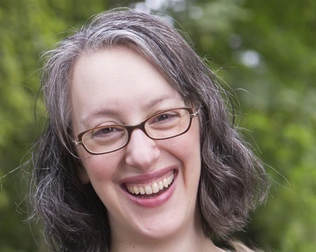 Voice teachers find themselves sitting (or standing) for long hours, twisting, and possibly hunching and straining as they work.  Stress, fatigue, and burnout become real dangers. The Alexander Technique, long practiced by singers to bring freedom and ease to performance, can also help teachers prevent pain and stress. Simple practices of self-regulation and self-talk create opportunities for teachers to be more poised and free while they teach. Participants will move, experiment and observe a mock lesson utilizing the principles.

Eve Bernfeld, M.A., M.AmSAT, is a Certified Alexander Technique Teacher and owner of In Balance Alexander Technique. She also teaches the work at Lewis & Clark College, Mittleman JCC, and through workshops and talks around the region. She trained at the Oregon Center for the Alexander Technique, completing her 3 years and 1600+ hours of hands-on training in 2011.  Her work is informed by her Master’s in Theatre Education and 20-year performance career. Eve is passionate about teaching methods of empowerment to prevent and improve pain and stress. 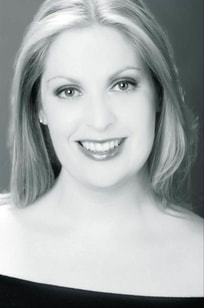 This presentation and discussion will be about locating repertoire and organizing it in performance to highlight social justice issues of our time and their connection to the past. Dr. Hanig, Catherine, and Mathilda will take a look at ways to shape programs of both Lyric Theater and song repertoire from all eras to inspire today's young musicians to make relevant statements about the issues facing society today.

Nicole Leupp Hanig has performed in many US and international concerts, operas, and recitals. Recent projects include premier performances of works by composer Cynthia Gerdes, a solo recital with Atelier Lyrique in Paris, and a faculty position with Music in the Marche, an opera training program and festival in Mondavio, Italy. Dr. Hanig holds degrees from The University of Colorado, and The University of Illinois as well as a Post Graduate Diploma from The Royal Academy of Music in London where she was awarded the Diploma of the Royal Academy for distinction in performance.  She is an Assistant Professor of Music and Head of Vocal Studies at University of Portland.
Catherine Jacobs is a senior Music Major at the University of Portland on the Vocal Performance track. Catherine won the UP Concerto and Aria Competition and studied at Music in the Marche, a training program in Mondavio, Italy. Catherine has been named the Associate Conductor of the UP Orchestra. She will understudy the role of Adina in L'Elisir d'amore  with the Brancaleoni International Festival in Piobbico, Italy.
Mathilda Seger is a senior at UP, majoring in Theater with a minor in Music, from Brier, WA. Alongside performing, designing, and working backstage in the theater, she currently plays upright bass in multiple ensembles and studies vocal performance. 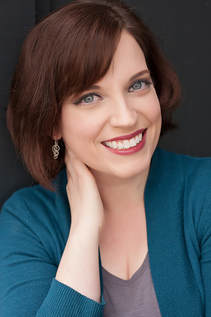 Getting On The Same Page
Janene Nelson

In recent years instructors of voice have witnessed the proliferation of performance assessment tools, but what about process assessment tools? This session explores how using personality inventories and skill assessments in the studio can offer insights into vocal development and artistic growth. These tools create a snapshot of the individual singer's musical skills, practicing habits, and personal disposition and values, allowing teachers to develop a customized approach to vocal instruction. The singer snapshot acts as a jumping off point from which teachers and students can collaborate to identify measurements of progress and meaningful goals.

Janene Nelson is a Seattle area vocalist and voice instructor whose professional engagements range from opera and oratorio to early music, contemporary premieres, and musical theatre. She has had numerous opera and oratorio performances including singin with the Oregon Bach Festival for seven seasons as a member of the Berwick Chorus from 2009 to 2015. She studied voice and theatre at Western Oregon University, earned a master’s degree in vocal performance and pedagogy from Central Washington University, and received her DMA in vocal performance from the University of Oregon. Janene also holds a Level III Certificate in the Lovetri Method Somatic Voicework, a body-based approach to functional voice training. Janene serves on the board of both the Tahoma and Puget Sound Chapters of the National Association of Teachers of Singing and is the current Auditions Chair for the Puget Sound Chapter. She is on the voice faculty at Seattle Pacific University where she teaches voice and musical theatre. 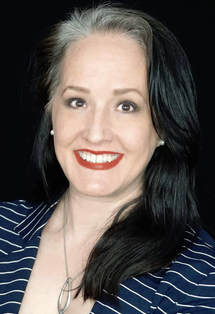 Jazz is America's musical gift to the world yet few Americans know much about the history of jazz and its role in the development of popular music. Jazz music serves as the doorway to understanding the stylistic elements of CCM. Just as we look to Baroque music for setting up the structure for Western classical music, jazz has brought a different foundation based on African rhythms, cultural ideals, values, and practices. These core elements of jazz: rhythm, improvisation, and blues, still exist in popular music and contemporary musical theater. When we learn to hear and understand these elements with fresh ears, untainted by western bias, we will recognize and appreciate the threads that continue to interweave through contemporary music today.

Valerie White Williams is one of the few vocalists who can claim mastery of several diverse musical genres.  She has been acclaimed as "dazzling" and a singer of "great skill" for her performance of the Queen of the Night in The Magic Flute. Other favorite roles include Marie, Lakme & Gilda. Concert work includes Handel’s Messiah, Bachianas Brasileiras #5 and Carmina Burana. As a jazz singer, Valerie has toured as a soloist and in vocal jazz ensembles on both coasts and internationally.  She has performed in such venues as Epcot Center in Florida, Tula’s Nightclub and Benaroya Hall in Seattle and her singing has been featured on numerous studio and live recordings. Besides teaching voice and performing, Valerie produces singing tutorial videos for her YouTube Channel and writes for Classical Singer Magazine.  www.vocalsplendor.com

Creativity and Joy in the Studio
Kevin Helppie and Forrest Kinney

Many of our students have the natural desire to create music of their own, just as composers and popular musicians do.  But how do we go about this?  The presenters will demonstrate a variety of techniques that will bring out the latent creativity in the student and bring a lot of joy into the studio.  You will learn how to teach (and learn improvisation) and lay the foundations for songwriting and composition. Come and enjoy this celebration of creativity!
​
Forrest Kinney is the author and composer of thirty books and collections of musical compositions. This includes the various Pattern Play books on musical improvisation and the Chord Play series on the art of making spontaneous arrangements at the piano. His book Creativity—Beyond Compare explores common misconceptions about creativity and artistic practice. His publications include three collections of art songs.

Forrest has taught music for nearly four decades. His goal is to help his students become whole musicians capable of enjoying the Four Arts of Music: improvising, arranging, composing, and interpreting. He has given hundreds of presentations and workshops for music educators in the U.S., Canada, and Europe. He is also a pianist and performer who regularly give solo and collaborative concerts. He has played 25 times at the home of Bill Gates.

Kevin Helppie has been involved professionally in choral and vocal music for over 30 years. He has directed collegiate, church and community choirs in Washington, Oregon, North Dakota, Kentucky and Texas. He studied choral conducting at the Robert Shaw Institute in France and with teachers Abraham Kaplan and Dr. B.R. Henson.  Kevin is a frequent solo vocal performer throughout the Northwest. He has recently been a soloist with the St. James’ Portland Bach Cantata Series, Willamette Master Chorus, the Boise Master Chorale, Festival Chorale Oregon, Portland Symphonic Choir, Corvallis Repertory Singers and the Oregon Mahler Festival.  He has been a guest teacher and recitalist in Finland, Latvia and China.  He also performs jazz music and has performed with the Dave Brubeck Quartet and Dave Frischberg and the Western Hemisphere Orchestra.  In collaboration with Forrest Kinney, he has composed & published two books of modern art songs. They have also recorded several of the songs which are commercially available on the internet. Kevin has a Doctor of Musical Arts Degree from the University of Washington, Master of Music Degree from Indiana University and a Bachelor of Arts Degree from Western Washington University.

Dr. Helppie has been Past- President of Cascadia Concert Opera, and Past-President of the Cascade Chapter of NATS, and Professor of Music at Western Oregon University, overseeing the vocal program.