​The largest professional association of teachers of singing in the world

​​The NW Region of NATS includes Alaska, all of British Columbia, Western Washington, and Western Oregon.
The region is home to seven NATS chapters and over 350 NATS members. 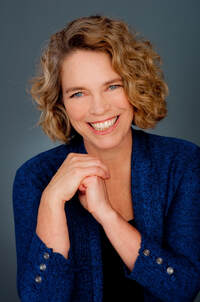 Marieke Schuurs, BMus, MFA in Vocal Performance from the University of California, Irvine. She is a certified Alexander Technique teacher (ATI) and a licensed Andover Educator. Marieke specializes in voice and breathing rehabilitation, and in human ergonomics for musicians. She lives in Eugene, Oregon and gives workshops throughout Oregon.

Marieke has been a voice teacher and a member of NATS since 1986, when she taught at Concordia University in Irvine and was the music director and soloist for St. Anthony Claret Church in Anaheim. She moved to Oregon with her family and opened Cantare Voice Studio, her private teaching studio, in 1998. She was involved with Eugene Opera from 1999 to 2008, both in minor mainstage roles and as Chorus Master. She sang with the Oregon Bach Festival Chorus and Cascadia Concert Opera, and was a conductor with the Oregon Childrens' Choirs for several years. Her focus changed to training in the Alexander Technique, completing her teacher certification in 2016, and concurrently, to vocal jazz. Marieke was lyricist and vocalist for an originals project called Elegant M, released in 2012, and currently has a new cover album, Marieke and the Eugene Jazz Collective, to be released in September 2018. 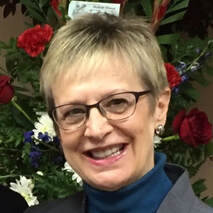 Treasurer
Bonnie Johnson received her B.M.Ed and M.M.Ed degrees from Western Oregon University.  She worked for several years for the Salem-Keizer School District in choral music as well as serving as soloist and director of the youth choir programs at First Presbyterian and St. Paul's Episcopal Churches in Salem, Oregon.  She has been teaching vocal studies at Corban University in Salem, Oregon for the last fifteen years.  She sang with the Portland Symphonic Choir for twenty-four years and is an active member of the Cascade Chapter of NATS where she has served on the board as their treasurer. 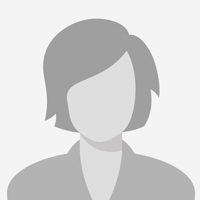 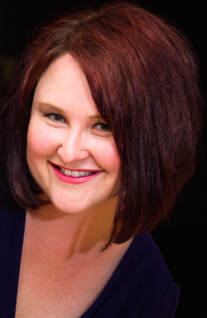 NATSAA Coordinator
Holly Boaz: A self-identifying "voice geek", soprano Holly Boaz enjoys a varied and rewarding career as a teacher and performer. She performs regionally in opera, oratorio, chamber music, and small vocal ensembles, specializing in music of the Baroque period, but she also loves a good Romantic art song, especially one in Russian. In addition to serving on the music faculty at Pacific Lutheran University and Tacoma Community College, she maintains a private voice studio in the Tacoma area and online. As a teacher, she loves working with any student for whom singing is meaningful, whether they be a career-bound college student, a future music educator, or an individual who sings simply for the joy and community it can bring. She is the District Governor of Western Washington for NATS (National Association of Teachers of Singing), an organization dedicated to advancing excellence in singing through teaching, performance, scholarship, and research. In her home community of Vashon Island and as president of the Vashon Choral Boosters, she advocates for access to choral education for all K-12 students.  http://www.boazvoicestudio.com
www.hollyboaz.com 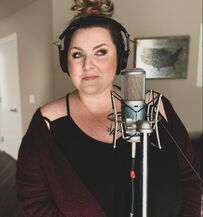 Webmaster
Jordyn Day Palmer is a performer and voice teacher in the Seattle area specializing in pop, musical theatre, and contemporary performance styling and riffing. Her students have performed all over the United States at regional and local theatres, participated in competitive New York and Chicago based summer intensives, as well as received admittance to many of the top musical theatre and performing arts college programs. Jordyn is the sole-female member of the award-winning, pop a cappella group, Restless Vocal Band based out of Seattle; RVB performs up and down the West Coast for corporate events, fundraisers, competitions, weddings and schools. She has served on the Puget Sound NATS board as the VP of Adjudications and a Board Member at Large; she is the current webmaster.
www.jordynday.com | IG: @jdvoxstudio | TikTok (25K+ followers!): @voicestudioofjordynday | jordyn@edgeartsanddance.com